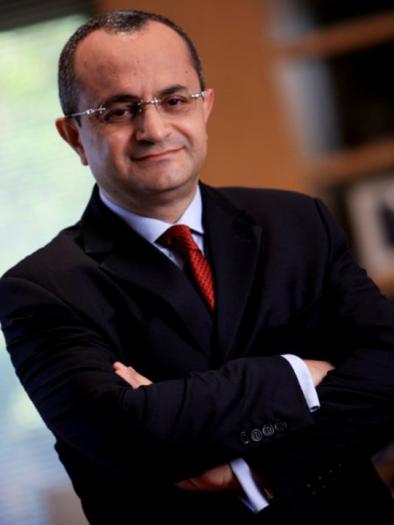 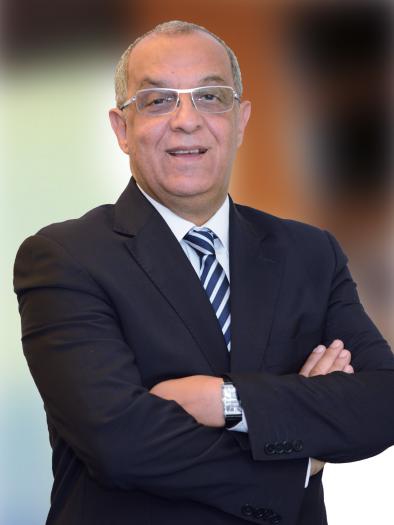 He is also a Director of BANK OF AFRICA Group subsidiaries including BOA Benin, BOA Madagascar and BMCE Capital.

After joining BANK OF AFRICA BMCE Group in 1986, Mr Driss BENJELLOUN was asked to oversee the project to set up a Management Control entity aimed at improving the steering of operations. In 1990, he assumed responsibility for a project to set up an Audit and Management Control department. After BMCE Bank was privatised in 1995, Mr Driss BENJELLOUN became Head of the Banking Production division.

In 1998, he was appointed as Delegated General Manager responsible for a number of departments that make up the Bank’s Group Support division – Banking Production, Information Systems, Organisation, General Services and Safety.

Mr BENJELLOUN is a Doctor of Finance from Université Paris Dauphine in addition to postgraduate studies in accounting. 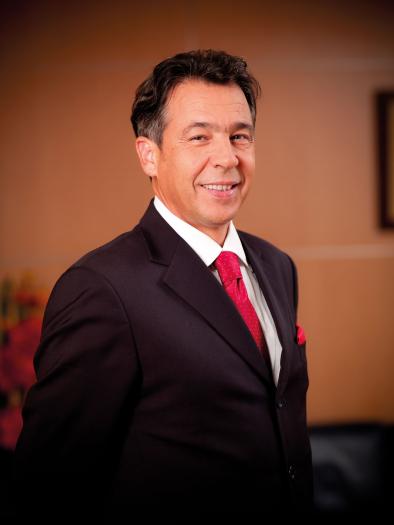 Mr M’Fadel El HALAISSI, Delegated General Manager, has been responsible for the Financial Engineering, Debt Collection and Special Assignments division since January 2019. His main responsibilities include hands-on management of the Bank’s portfolio of sub-standard and non-performing loans, carrying out specific assignments mandated by the Chairman and representing the Bank at a number of subsidiaries.

Previously, Mr M’Fadel El HALAISSI was Delegated General Manager responsible for Corporate Banking, Morocco. This division, which comes under General Management’s remit, brings together corporate customers, SMEs and Large Enterprises. This specific responsibility for corporate banking was entrusted to him after a career spanning more than 25 years at BANK OF AFRICA credit, investment finance, loan restructuring and long-term financing solutions.

On joining BMCE Bank, he was entrusted with the responsibility of setting up the investment loans restructuring department.

He subsequently went on to become Head of Investment and Corporate Markets division in 1998. In April 2002, he was appointed as Delegated General Manager responsible for Corporate Banking, a division which was then subsequently expanded to include overseas operations.

Mr M’Fadel El HALAISSI is a Doctor of Economics from Lille University.
He is married and has 2 children. 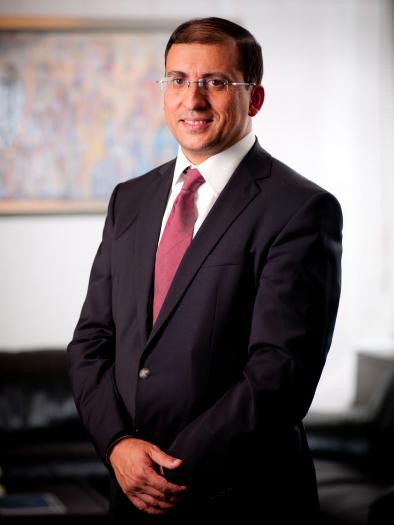 Mr Mounir CHRAIBI is responsible for all of BANK OF AFRICA’s technology, legal affairs, logistics, quality and banking processing divisions.

He began his career in 1987 as Project Manager of Crédit du Maroc’s information systems master plan and then, from 1989 to 1994, was made Head of Organisation and Information Systems of the Office d’Exploitation des Ports.

In 2005, Mr CHRAIBI was appointed as Wali (governor) of the Marrakesh Tensift Al Haouz region which, during his tenure, attracted high levels of private sector investment and saw the launch of several major flagship public projects.

Mr Mounir CHRAIBI is a graduate engineer of Ecole Polytechnique de Paris and Ecole Nationale Supérieure des Télécommunications de Paris. He was decorated Commander of the Order of Al Arsh Wissam by His Majesty the King in 2008. He is also a Commander of Belgium’s Order of Leopold. 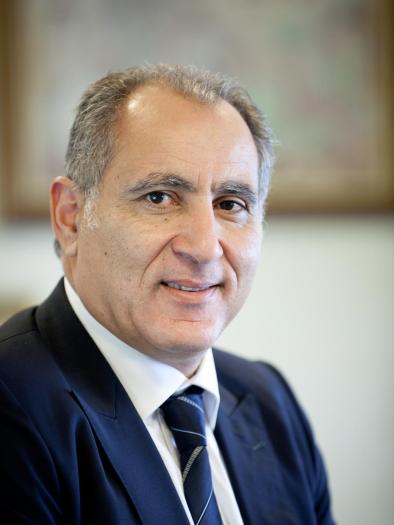 Mr Omar TAZI is Delegated General Manager responsible for Banking in Morocco which, since January 2019, encompasses (i) Personal and Professional Banking which, in turn, incorporates a pool of specialised marketing competencies organised by market segment – Personal Banking, Professional Banking, Private Banking and Migrant Banking – the BMCE Euroservices subsidiary, a payments institution and Multi-channel banking and (ii) SME Banking which encompasses Investment, Financial Engineering and Corporate Banking as well as (iii) the 8 Regional Divisions.

Mr Omar TAZI began his career at the Banque de Développement du Canada. In 1992, he joined Wafa Bank as Head of Treasury.

From 1993 to 2005, Mr Omar TAZI held a number of posts of responsibility within Société Générale Maroc, including Head of the Specialised Finance and Industrial Research Division, Head of the retail, professional and corporate banking network and then Delegated General Manager responsible for Retail Banking.

During this period, he was also Director, Vice Chairman or Chairman of a number of Société Générale subsidiaries, including its leasing, consumer credit, securities brokerage, asset management and insurance subsidiaries.
From 2005 to 2010, Mr Omar TAZI was Chief Executive Officer of AFMA Group.

Mr Omar TAZI joined BANK OF AFRICA Group in June 2011 with a remit to boost retail banking operations and improve the effectiveness of the Bank’s sales force.

Mr Omar TAZI holds a master’s degree in finance from the University of Sherbrooke, Canada. 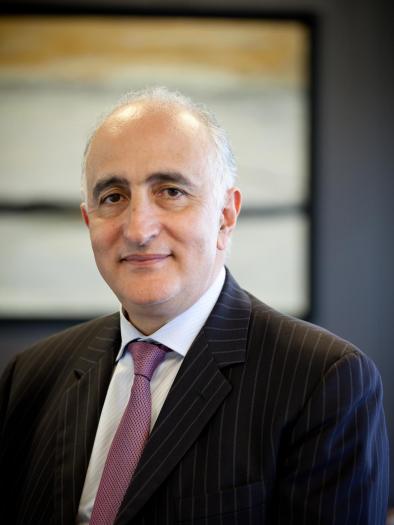 Mr AGOUMI chairs BBI Madrid’s Board of Directors and is a member of the boards of BBI Plc, BMCE International Holding and Banque de Developpement du Mali.

He joined BANK OF AFRICA Group in 2012, after a long international career in audit and consulting.
Prior to that, he held a number of functions and positions of responsibility at Credit Agricole France Group (CASA). He was appointed Delegated General Manager of Le Crédit Lyonnais (LCL) in 2006 and was a member of CASA Group’s Executive Committee. He was responsible for operations, strategy and the Loan Commitments Division. In 2008, he was appointed to CASA Group’s Executive Committee with responsibility for overseeing the Group’s overseas development.

In 2010, he founded Europa Corporate Business Group (ECBG). He is also the Chairman of ECBG’s Moroccan subsidiary, Financing Access Morocco.

Mr Mohammed AGOUMI is a graduate of ESSEC (1979) and holds a DEA in Mathematical Economics and Econometrics (1980). He qualified as a chartered accountant in Paris in 1993 and taught for two years at ESSEC. 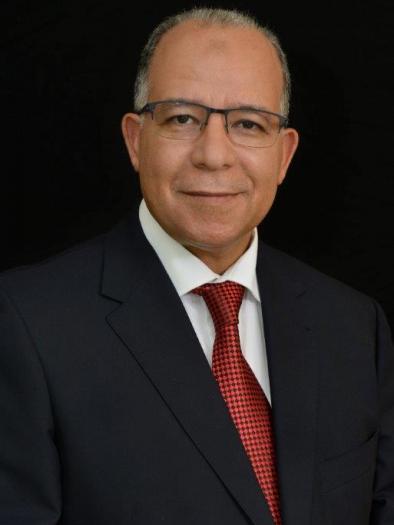 mr LAABI has a wealth of experience acquired over more than 35 years within the Group, during which he has held a number of positions of responsibility, including Director of inspection of central services, the branch network and the overseas network and Chief Director responsible for the Audit and General Inspection Division.

He is also a Permanent Member of the Audit and/or Risks Committees of several BANK OF AFRICA Group subsidiaries, particularly in sub-Saharan Africa, as well as being a Director of both BOA Mali and BTI Bank, the Group’s participatory banking subsidiary.

Since 2015, he has overseen implementation of the Convergence Programme for the Internal Control functions within 25 subsidiaries. This is a major programme aimed at structuring the Group.

In addition, he is a highly regarded keynote conference speaker, sharing his expertise on a wide range of subjects including finance, risk management, internal audit, internal control and compliance.

Mr Khalid LAABI is an Economic Science graduate specialising in The Theory of the Firm. He has undertaken training in a variety of disciplines, both in Morocco and overseas. He is married and has two children. 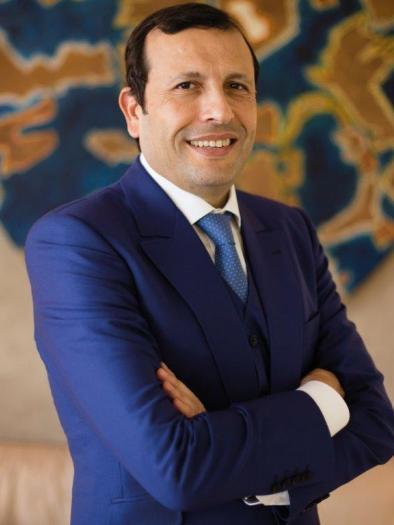 Head of the Corporate & Investment Banking Division
Find out more

Mr Khalid NASR is Head of BANK OF AFRICA’s Corporate & Investment Banking business. He is also Chairman of the Supervisory Board of BMCE Capital, the Group’s investment banking subsidiary.

He is a member of BANK OF AFRICA BMCE Group’s Executive Committee and General Management Committee. He also holds a number of directorships at Group entities such as Director, BOA Group, Chairman of the Board, BOA Capital and Director, Maghrebail.

Mr Khalid NASR has more than 25 years’ experience of finance, the majority of which has been spent in senior management positions. He began his career in France at one of Europe’s leading insurance companies. After gaining experience in capital markets at a Moroccan bank, Mr Khalid NASR then joined BMCE Capital when it was founded in 1998. He was responsible for developing its capital markets businesses as Head of Fixed Income Trading and then, from 2005, as Head of the Dealing Room. In 2010, Mr Khalid NASR was appointed Chairman of BMCE Capital’s Supervisory Board, overseeing the entire Investment Banking business – Capital Markets, Asset Management, Private Portfolio Management, Financial Advisory, Custody, Securities Brokerage, Financial Research and Securitisation. Since January 2019, Mr Khalid NASR has been responsible for BANK OF AFRICA’s Corporate & Investment Banking business.

Mr Khalid NASR holds an Executive MBA from ESSEC Business School, Paris, a Master’s in Finance from ESC Marseilles and a Master’s in Mathematics from Marseilles’ Saint Charles University. He is also the holder of a number of certificates in specialised disciplines such as asset & Liability Management (ALM) and Market Risk Management.

Born in 1967, Mr Khalid NASR is married and has three children.